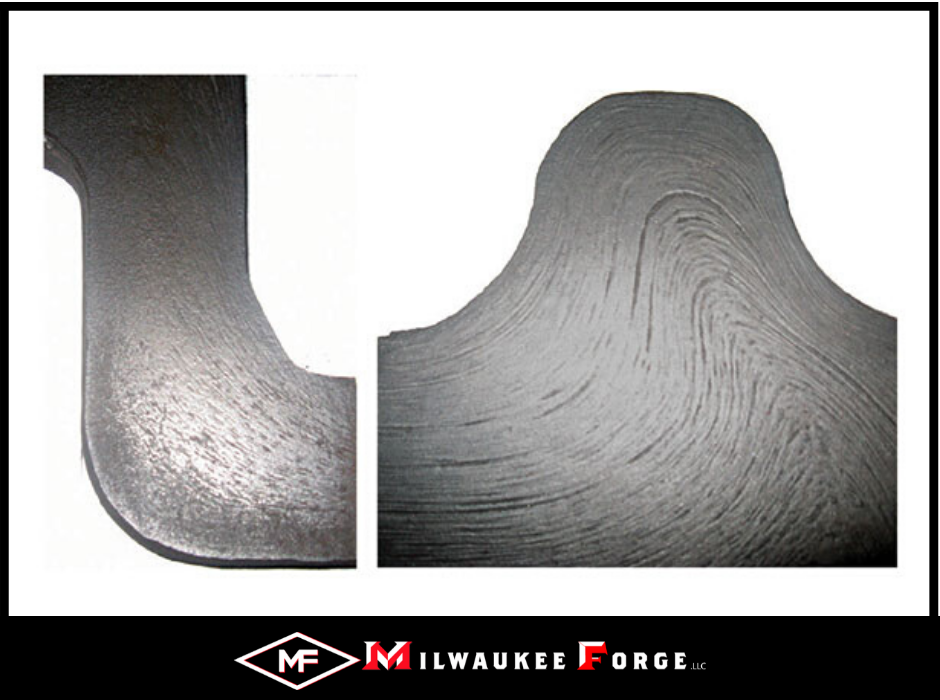 What is Grain Flow?

One of the main reasons forgings have been utilized in so many diverse applications over the years is because of their higher strength and impact resistance compared to other methods of metal shaping. This strength is primarily due to the fact that by working the metal while in its plastic state (forging) greatly changes the orientation of the grain within the metal itself. This orientation is called grain flow.

Bar stock in the as-rolled condition has an internal grain orientation which follows the axis of the bar itself. Such longitudinal grain orientation results in poorer ductility of parts made by shaping across the rolling direction (machining) because the grain orientation is not changed by the machining process. Cast materials generally have a totally non-oriented grain distribution. This random grain orientation limits the impact strength of the casting, although controlling the basic chemistry and casting process can result in suitable strength for the application.

The grain orientation in a forging can be controlled through hot working procedures and proper die design to allow the grain to “flow” around corners and follow the contours of the part. This allows the grain orientation and refinement to increase the strength of the part, especially at critical stress points. Because of this characteristic, forgings can also provide a high strength to weight ratio compared to other methods.